Today, October 11, 2021, is Indigenous Peoples Day as declared by the Governor of Minnesota and the President of the United States.

The title of this post would be more accurate if it read, “In North America we are all living on stolen land.” First the land was claimed by the French and the Spanish governments with no regard for the people already established on the continent. Then the Mexican and British governments got into the act. Finally, the United States and Canadian governments gained control. The indigenous people who were native to the land lost at every geo-political change of fortune.

My interest in writing this post is to focus specifically on Minnesota (Mni Sota Makoce is the Dakota name for our state) and acknowledge my own presence and that of my immediate ancestors on land that no longer shelters and nurtures its original inhabitants.

Since I started researching my immigrant families’ 19th-century arrivals in Minnesota from Norway, I’ve had a couple of questions about their relationship to the land they farmed: 1) Were my Femrite, Tryggeseth, and Lindseth great-grandparents aware of the Dakota people that had once lived on the land that they now “owned”? and 2) Did they know that there was an organized effort by the United States government and its private financial leaders to either drive the Dakota from the state or kill them through other means?

A simplistic answer to #1 might be a quick affirmative, “Of course they were!” However, the Dakota were forced to leave southern Minnesota in 1863 after the end of the US-Dakota War the previous year. My great-great-grandfather, Martinus H. Femrite (J.M. Femrite’s father), arrived in Lac Qui Parle County with his family in 1880, 17 years after the exodus. The Tryggeseths and Lindseths arrived several years after the Femrites. It’s unlikely that there were any Native Americans anywhere in western Minnesota at that time. Most of the Dakota were sent to Nebraska or South Dakota. Those that didn’t go to Nebraska fled to northern Minnesota or Canada on their own.

Imagine my surprise, then, when I looked at the map of Madison Township in the Lac Qui Parle County platbook of 1900. Running diagonally through the entire map was a dashed line that was labeled “Sioux Indian Reservation Line”.

In the bottom right corner of the above photo it’s clear that the line runs through portions of both sections 35 and 36. That’s where my great-grandfather, John M. Femrite owned 200 acres and his father, M.H. Femrite owned 40 acres. The reservation line runs through the southwest 1/4 section of section 36, through a corner of my great-grandfather’s farm.

I didn’t immediately know what this line signified. I wasn’t aware of a Dakota reservation in western Minnesota. There are two Dakota communities in the region, Upper Sioux Indian Community (Granite Falls) and Lower Sioux Indian Community (Morton), but they’re along the Minnesota River some miles southeast of Lac Qui Parle county. It turns out that the reservation boundary in the photo preceded the two Minnesota River Indian communities, but it marked a reservation that existed in name only in 1900 when the plat book was published.

In 1851 the United States government negotiated two treaties with the Dakota in the Minnesota Territory (Minnesota didn’t become a state until 1858), the Treaty of Traverse des Sioux (signed in present-day St. Peter) and the Treaty of Mendota (signed in present-day Mendota Heights). The Traverse des Sioux Treaty was signed by chiefs of the Sissetunwan and Wahpetunwan Dakota tribes and the Mendota Treaty was signed by the leaders of the Wahkepute and Mdewakantunwan Dakota tribes.

The two agreements “ceded” to the United States 24 million acres of land where the four tribes had been living for centuries. This was essentially all of their land in the Minnesota Territory. The government used the verb “to cede” in their discussions and written records, indicating that the Dakota voluntarily sold the land to the United States. When the Dakota explain to their people what had happened, however, they used the word “seized”.

The net effect of both treaties was to establish a new living space, a reservation, for the Dakota. This was not a location where they could choose to go. This was the land where they were required to re-locate their families based on the treaty. It was a strip of land running ten miles on either side of the Minnesota River from the mouth of the Yellow Medicine River 140 miles northwest to the southern tip of Lake Traverse (near Brown’s Valley, MN). The southern boundary of this reservation was the line that ran through John Femrite’s farm.

After the US-Dakota War of 1862, the United States nullified all of the previous treaties with the Dakota. That meant that the reservation that ran through my great-grandfather’s farm no longer existed. It’s likely that between 1851 and 1862 Dakota people lived on the reservation established by the treaty, but it’s highly unlikely that any Dakota lived there after 1862.

Nevertheless, they were meant to live there and certainly they had done prior to 1862 and for centuries before. Again, my question remains: did my ancestors know of this history in 1880 when they arrived and whether or not they did, does this matter with respect to their government-sanctioned ownership of the land that they bought?

I’ll never know for certain, but I believe that my forebears didn’t know about the complicated history of the region when they arrived. Whether they learned any of it over time is also hard to determine. However, for those of us who now know the truth about the hardships that the United States and Minnesota governments caused the Dakota and other Minnesota tribes, I believe it is incumbent on us to recognize this truth and to acknowledge it publicly. In addition, we as a society must work to provide justice, honor and equity for our Native American brothers and sisters. 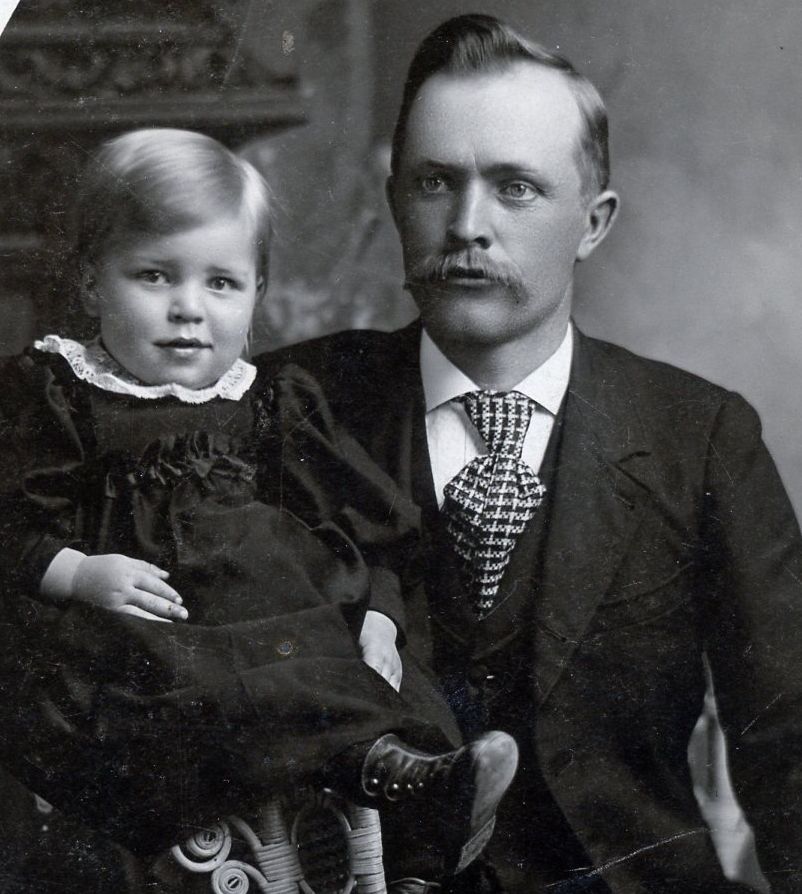 I retired in 2018 from a 30-year career at Carleton College. What do I do with my time you ask? I play my horn in several ensembles, I sail my boat (Querida), and I hang out with my family or my friends. What could be better? If any of my family members have questions about their lineage, please email them to me at bergeson@northfieldwifi.com. View all posts by Dan Bergeson